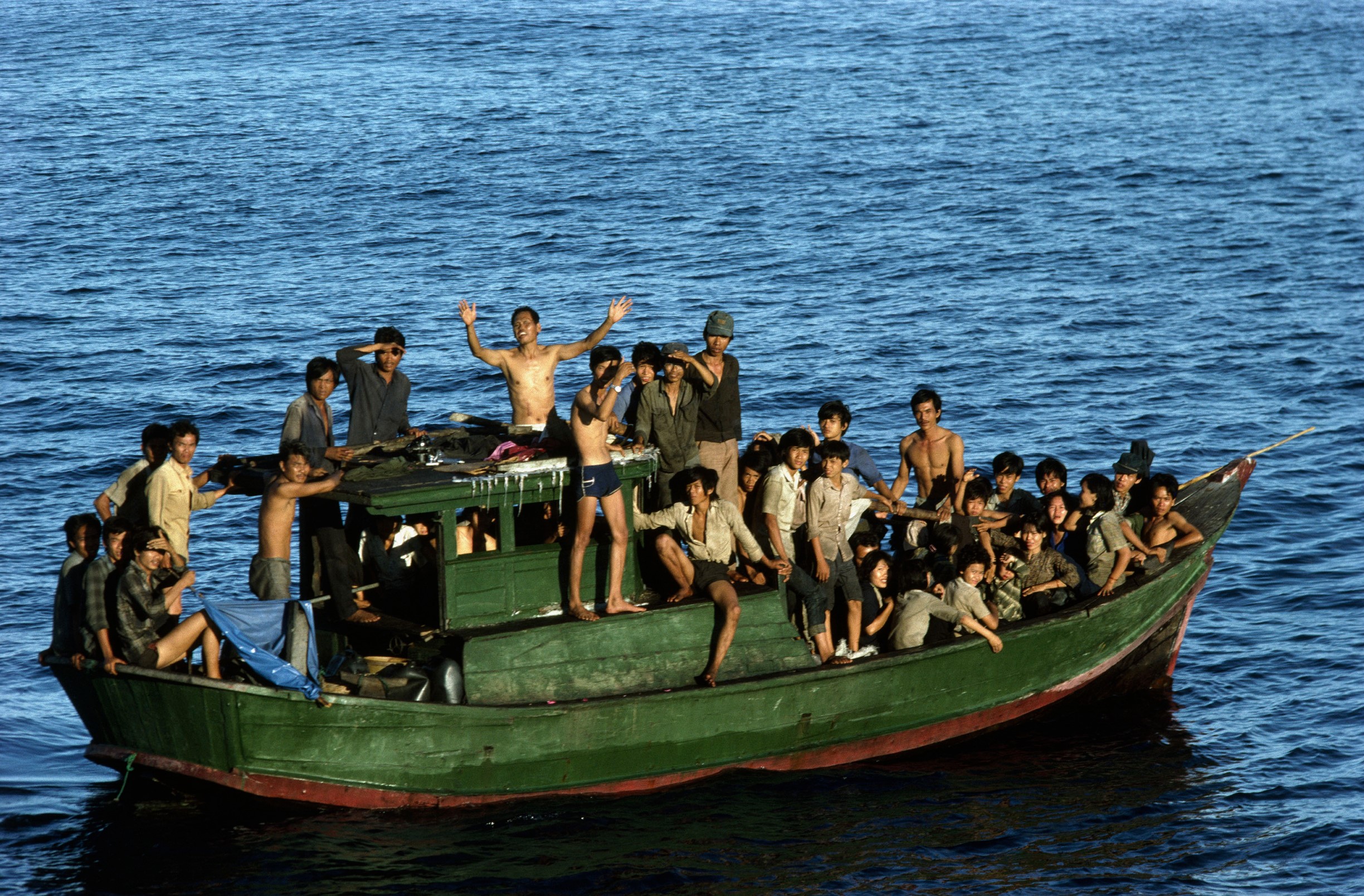 On April 30, 1975, Sài Gòn fell, sparking a humanitarian crisis which sees a mass exodus between 1975 and 1995 as many Southern Vietnamese people were displaced. Over 800,000 Vietnamese people traveled to nearby countries by small boats not meant for open sea, where they interred at refugee camps to await their fate. Those came to be known as boat people. They had to face storms, diseases, starvation, and elude pirates, and an estimated 200,000-400,000 boat people died at sea.

This migration and humanitarian crisis was at its highest in 1978 and 1979, but continued through the early 1990s and even today.

In this project, a traditional Southern Vietnamese opera, cải lương, is played on loop and a distortion effect is applied determined by the number of refugees each year and accompanied by a generated noise wave.